NEW YORK, January 23. /Corr. Kirill Volkov/. The U.S. government announced a further review with the U.S. market about 5 million vehicles equipped with airbags manufactured by Japanese company Takata, which have been previously identified serious defects. This was announced on Friday at the National Board of the USA on traffic safety on the highways. 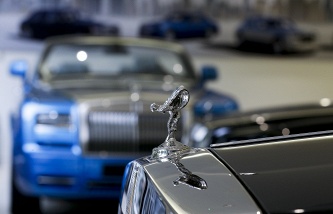 The reason for the revocation was the official confirmation by the office of yet another death as a result of incorrect triggering of airbags from the Japanese company. According to the Department, the death of the driver of the car models Ford Ranger in an accident in South Carolina last month was the result of a malfunction of said device.

Thus, the number of fatalities due to incidents with airbags from Takata reached 9 people in the US and 10 worldwide. The only victim outside of the United States became a female driver from Malaysia.

Takata was at the center of an international scandal in 2014. It turned out that our airbags can inadvertently be disclosed during the movement of the car. A fault in the blower leads to the fact that, when activated, this safety feature can “shoot” into the man of metal fragments.

Last year, the US Department of transportation fined Takata $70 million, as the company had not timely informed the authorities about existing defects in the airbags of its production. If Takata will again violate security rules, the United States promised to collect from the company an additional $130 million.

Takata acknowledged earlier defective about 34 million cars that were manufactured in the USA and has a faulty system. This review of products the automotive industry has become the largest in American history.