STAVROPOL, January 24. Co-Chairman of the Central staff of the Russian popular front (popular front) Alexander Brechalov, I am sure that Russia has no problems with the budget.

About this Brechalov said on Sunday to journalists at the interregional forum of the popular front, which began in Stavropol.

“I am convinced that Russia has no problems with the budget. No there is no deficit. If we spend money, we’ll have a surplus”, – said Brechalov.

Enough daily repeat the mantra that everything is bad and will get worse, we cut, we cut. Let’s prepare the development plan, not crisis management plan

Why the forum venue chosen Stavropol

The practice of holding inter-regional forums of the popular front will be widely used in all regions, said the co-chairs of the Central headquarters Stanislav Govorukhin and Olga Timofeeva.

“We will meet in the regions to help us better understand life on the ground. It is everywhere different, and the Stavropol region is chosen because here are concentrated in South regions of Russia”, – said Govorukhin. 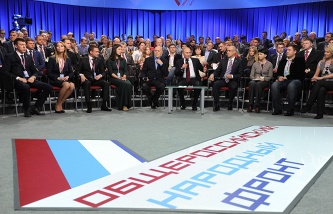 Among specific concerns, such as the development of the resort. “Being in the Stavropol region, of course, will rise the problem of the resorts and the Caucasian Mineral Waters. If we assume that Moscow has other problems, it’s all worth it in the queue, but the queue lined up to Serov (exhibition of paintings),” – said Govorukhin. Among actual problems of Stavropol he identified unemployment and the wage.

Speaking about the benefits of interregional forums Olga Timofeeva, in particular, noted: “Only by giving to speak to the local representatives of subjects of the North Caucasus and Southern Russia, which could help map the problem,” she said.

According to Timofeeva, South Russia now has “an enormous specificity”. “Where, as not here, to discuss international problems, to talk about the resorts of Kavminvod and the North Caucasus, as well as soaring levels of corruption. And today we are launching a great debate to present to the President proposals on the solution of specific problems”, – said Timofeeva.

The forum of the popular front in Stavropol

In the first in 2016, the regional forum of the popular front in Stavropol attended by over 600 people. This civil society activists from the southern regions of the country, Federal and regional experts of the popular front, the journalists, the representatives of the legislative branch. 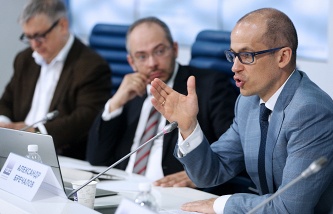