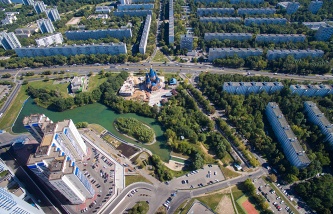 “The weakening of the ruble strengthened the tendency of transition of the office market of Moscow from foreign currency to ruble leases. Spaces where rates are denominated in dollars or euros, enjoyed considerably less popular compared to those that offered a RUB. And the attempts of owners to beat the situation by fixing the currency corridor or a particular exchange rate was not a success,” commented data report to the Director of office property Department at Knight Frank Konstantin Losyukov.