PETROZAVODSK, January 25. /Corr. Igor Lukyanov/. Karelian Department of the Federal migration service brought to administrative responsibility of the Finnish journalist who worked in Petrozavodsk without accreditation, said correspondents in the Department. According to the Deputy of legislative Assembly of Karelia Emilia Kabanovoy, the journalist was detained during the interview with the ex – mayor of Petrozavodsk Galina Chisinau. 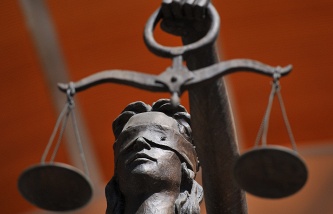 “A Finnish citizen who introduced himself as a freelance journalist, was brought to administrative responsibility under article 18. 10. The code of administrative offences article 18.8 of the administrative code. He was sentenced to fines in the amount of two thousand rubles for each offence”, – said the representative of FMS. He said that the tenure of a journalist in Russia reduced.

According to the interlocutor of the Agency, Finn came to Russia on an ordinary humanitarian visa, and without accreditation of the Department of information and press of the Russian foreign Ministry had carried out journalistic activities.

As the correspondent of TASS Deputy of the Legislative Assembly of Karelia Emilia Slabunov, the incident occurred in a cafe in Petrozavodsk on January 24. “A journalist from the Finnish city of Tampere was detained by the police during the interview with the ex-mayor of Petrozavodsk Galina Chisinau. Then he was taken to the office of the Federal migration service,” said Slobounov.

The Resignation Of Chisinau

Deputies of the city Council of Petrozavodsk on December 25 2015 sent Galina Shirshina to resign for dereliction of duties within three and more months. Head of Karelia Alexander Khudilainen has expressed consent.

On December 29, the deputies of the Petrograd Soviet at the extraordinary session appointed acting head of the city Irina Miroshnik, who was previously the Deputy chief of staff of the city Council. Then in Petrozavodsk were held several rallies in support of Chisinau.

She challenged the decision of deputies in court. The Petrozavodsk city court on January 21 upheld the dismissal. The ex-mayor announced his intention to challenge it in the Supreme court of Karelia.

The independent candidate Galina Shirshina was elected for five years by the mayor of Petrozavodsk, September 8, 2013 with the support of the regional branch of the party “Yabloko”. She scored 41.9 per cent votes ahead of the incumbent mayor Nikolay Levin (“United Russia”).