GROZNY, January 25. The head of Chechnya Ramzan Kadyrov announced that he had received the title of honorary academician of the Russian Academy of natural Sciences (RANS), for success in restoring peace and stability in the Republic. About this he wrote on his page in Instagram. 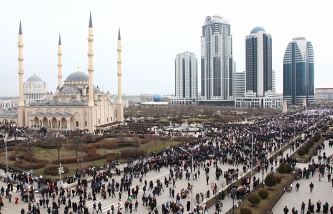 According to Kadyrov, 10 years ago, when he served as the first Vice-Premier of the Republic, he reported that the public organization Russian Academy of natural Sciences decided to award him the title of “honorary academician”.

“I’m a few months did not agree to accept the sign and diploma. But close friends persuaded, referring to the fact that it is unethical to refuse. In January 2006, in the Gudermes came Vice-President Ryan Alexander Lagutkin. He noted that the award is granted for achievements in restoring peace and stability in the Chechen Republic,” Kadyrov said.

“The leadership Ryan has never stated that the title for his scientific works. The President of the Russian Academy of natural Sciences Oleg Kuznetsov said that the title has “for everyday work by saving the lives of soldiers and residents of Chechnya”, – said the head of the Republic.

He reminded that honorary members are Ryan Charles, Prince of Wales, former UN Secretary General Boutros Boutros-Ghali and “very many others who have absolutely nothing to do with the discoveries and inventions”. In addition, Ryan is not associated with RAS is usual public organisation.

“For me, the best doctoral thesis is restored and rebuilt Chechnya, and the highest honor is the trust and recognition of people”, – said Kadyrov.