KAZAN, January 25. /Corr. Alexei Ugarov/. KamAZ begins truck Assembly, running the factory in Naberezhnye Chelny after the winter break. About it the correspondent of TASS spokesman of plant, Oleg Afanasyev.

KamAZ goes to work after the winter break on January 25 in accordance with the vacation schedule, approved by the Directorate,” said Afanasiev. According to him, the end of the month the plant will operate without downtime. 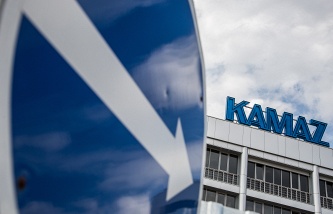 “We have formed a sufficient portfolio of orders for January, eliminated downtime,” explained the spokesman. Earlier on 28 and 29 January were declared to be days of downtime, the staff has been informed beforehand.

In December 2015, the Board of Directors of KAMAZ has approved business plan of the company for 2016. According to him, the company intends to implement in the coming year 32 thousand cars. By the end of 2015 KAMAZ sold 29 thousand trucks, including 22 thousand in the domestic market. Net income in 2016 is projected to be $ 51 million rubles on revenue 112,1 billion rubles.

KamAZ is a leading manufacturer of heavy trucks in Russia, manufactures over 40 models of trucks and trailers, buses, tractors, engines, power units and different tools. In the technological chain of KAMAZ group consists of 11 major automobile manufacturing plants and support divisions.