MOSCOW, January 25. The increased instability in the world requires increased collective efforts to address key problems. This is stated in the welcome message from the Minister of foreign Affairs of the Russian Federation Sergey Lavrov to the participants of the International educational Christmas readings, which was read out by state Secretary, Deputy foreign Minister Grigory Karasin. 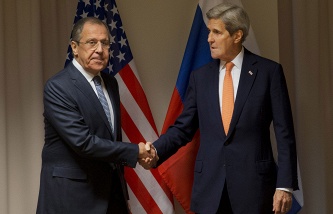 “These meetings are an important event in the current palette of cultural and spiritual life of the country”, – stated in the message. “Today, when Russia faces massive challenges in ensuring sustainable development, strengthening of positions in the highly competitive world, the coordinated work of representatives of public authorities, civil society, the Church in the interest of formulating effective responses to the challenges of time is of particular importance”, – said Lavrov.

According to him, the forum theme of “Tradition and innovation, culture, society, personality” is very relevant. “It acquired special significance against the background of rapid development of globalization processes in recent decades, increasing the importance of the factor of civilizational identity”, – said the Minister.

“In these conditions attempts to impose other peoples own values and development models, without taking into account their national peculiarities lead to increased conflict, the emergence of new hotbeds of crisis, the deepening of inter-ethnic and inter-confessional contradictions, – said the head of the Russian foreign Ministry. – The consequences of such actions are evident today, particularly in dangerous degradation of the situation in the Middle East and North Africa”.

“The more instability, the growth of conflicts required greater collective efforts to effectively address the key problems of our time, – said Lavrov. – Russia will continue a steady course of improvement of the situation in the world with reliance on international law, to ensure freedom of choice of each people, building mutually respectful partnerships between leading world religions, cultures and civilizations”.