MOSCOW, January 25. Prime Minister of Russia Dmitry Medvedev has set the task before the government to minimize the risks that creates for the economy the fall in oil prices.

“We laid the average oil price in the budget of 50 dollars per barrel, the negative dynamics poses severe risks to budget execution, but, of course, our task is to take all these risks to minimize,” said the head of the Cabinet at a meeting on the budget balance.

Plan out of the crisis

According to him, the government during the week will prepare and submit to the Prime Minister for review an updated plan for socio-economic development of the Russian Federation. This plan must indicate the mechanisms of overcoming of crisis and entering the path of growth while maintaining the level of people’s welfare, said Medvedev.

“A week later, the finalized plan should be on my Desk,” said Medvedev.

He noted that the government “develop a plan of action to ensure sustainable socio-economic development”. “All orders on this occasion, given” the Prime Minister said, explaining that the ministries prepare proposals, Minekonrazvitiya generalizes them, and Vice-premiers agree on. 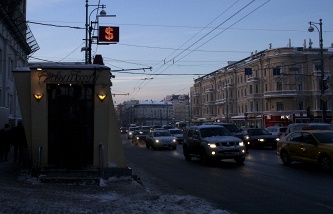 “Given the complexity of the environment, the Central Bank has a set of tools for rapid response to the situation; the government also closely on a daily basis, the situation will be traced,” said the head of the Cabinet at a meeting on the budget balance.

Medvedev also announced that it will study the submitted plan with the participation of the Duma parties. “I promised my colleagues from the State Duma to do this (discussion) with their participation,” – said Medvedev. According to him, after a detailed discussion of the plan “we’ll start on this plan to work.”

The Prime Minister said that to preserve positive trends in the economy policy will continue financing priority sectors.

“It is important to consolidate the positive changes that were achieved in the economy last year, to maintain financing of priority sectors, which should subsequently be the basis for economic growth, to concentrate resources in those sectors where there is high potential both from the point of impact on the economy in General, and import substitution”, – said the head of the Cabinet at a meeting on the budget balance.