MOSCOW, January 25. The head of the Duma Committee on international Affairs Alexei Pushkov believes that the Pentagon says about the work of U.S. special forces in Iraq and Syria to “seize the initiative in the fight against terrorists in the middle East”. This opinion he expressed in the program “Sunday evening with Vladimir Solovyov” on TV channel “Russia 1”.

“Ground operation, which they say is still basically the PR of the political plan,” Pushkov believes.

“Why (the head of the Pentagon Ashton) Carter instead of operate and prepare the division to mobilize military transport planes, he spoke about it publicly for the whole world? Americans need to seize the initiative in the middle East, because Syria is the place where is decided who will be the leader of the modern world”, – said the MP. 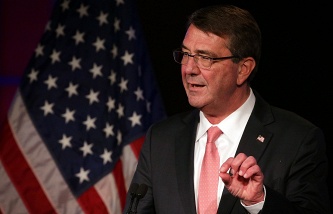 Earlier, U.S. Secretary of defense Ashton Carter stated the need to use ground forces in combat is prohibited in the Russian Federation terrorist group “Islamic state” (IG) in Iraq and Syria. Responding to a question broadcaster CNBC, will the coalition to use ground forces in the fighting against ISIS, Carter said: “it Should be understood that we are already using ground forces”. He explained that American military advisors and trainers, and did not rule out the possibility of increasing their numbers in the future.

Role posted recently in Syria, U.S. special forces Carter kept searching for armed opposition groups able to confront the militants and to help the international coalition led by Washington. However, he stressed that the main role in ground operations must still comply with the Iraqi security forces, the Kurds or the Syrian opposition.