MOSCOW, January 25. The President of Russia Vladimir Putin demanded that allocated for the construction and repair of roads funds are spent efficiently, transparently and economically justified. 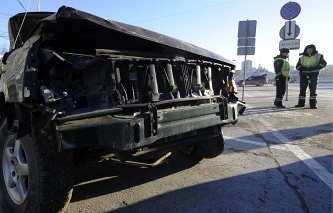 “What exactly focus is on getting Federal grants for the construction, repair (roads), that it is spent efficiently. So nothing stolen, no schemes were not here, he said at the inter-regional forum of the popular front. – It is clear that business needs to earn, without profit there is no business. But you need it to be transparent, understandable: who, how much, what. And in order to be economically justified”.

The President recalled that until recently the situation with the construction of the road was much worse. As an example, he cited the road Chita – Khabarovsk, which began in the mid-1960s, and repeatedly suspended this work. “We took it and completed its construction”, – stressed the head of state.

ABOUT HOUSING AND COMMUNAL SERVICES

As for housing, Putin acknowledged that “there is a huge layer of problems and a lot of “gray” schemes, unfortunately.” He recalled trying to shift the population to the problems with non-payments for utilities. 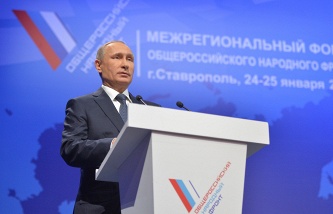 The President noted that the annual funding in the housing sector should reach about 500 billion rubles. “For (Federal) budget this is an exorbitant figure,” he said. In this regard, the idea of concessions in housing and communal services, the President said. He emphasized, however, that these concessions should be monitored closely.

Putin also supported the idea to include in the documents to assess the readiness of houses for a heating season conclusion on the state of ventilation, to minimize the risk of explosions of household gas. According to the President, it needs to control not only the owners of apartments and management companies.