It is necessary to renew the lease of agricultural land, as well as to simplify the procedure of the process for those individual entrepreneurs that actually work on the ground, said President Vladimir Putin. 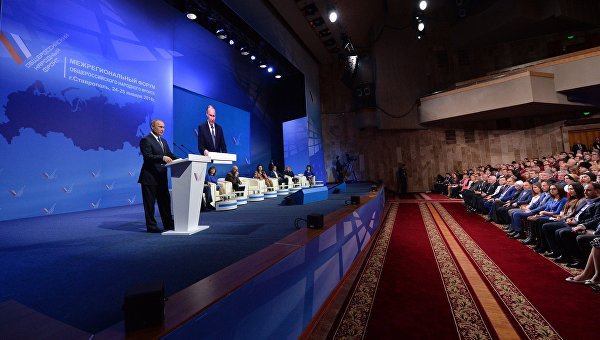 STAVROPOL, 25 Jan. It is necessary to extend the term for lease of agricultural lands or increase the deadlines, said the President of the Russian Federation Vladimir Putin at the interregional forum of the popular front.

“To extend the term of the lease, or to make them more… Really, this applies to lending from financial institutions, it applies to recoupment,” said the President, noting that this issue would be discussed at the meeting with heads of regions.

“Those individual entrepreneurs whose terms expire, and if they really work on the ground… They just need to simplify the procedure of immediate extension; that’s all” — said Putin.

The President also proposed to consider the possibility to increase the minimum period of lease of agricultural land in the framework of current legislation (up to 49 years) for those farmers who are really invested in the land and create jobs, at the legislative level to give the right of prolongation of rent of the earth without mandatory participation in the auction.

“I agree with you completely, because the problem exists, and need to understand these contradictions. Can only say one thing… (Need) to land were provided, or carried out extension of leases only to those who really operated on the ground. Conversely, where we have taken for agricultural use land, but not use, a civilised market way (land) was taken in bad faith”, — Putin said.