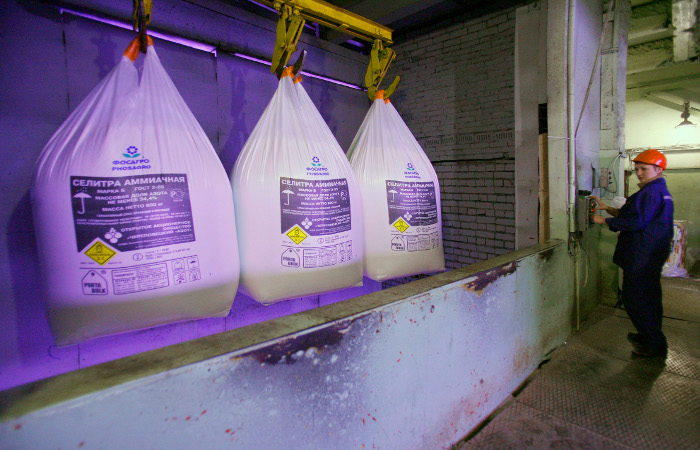 Moscow. On 25 January. The introduction of export duties on mineral fertilizers is currently under discussion, however, it may not lead to lower prices in the domestic market, said President Vladimir Putin.

He expressed the hope that the fertilizer producers and farmers will be able to come to an agreement on prices for the spring sowing campaign. “Now the Ministry of agriculture and the Ministry of industry and trade is actively working with manufacturers, so that respective agreements were signed, which would provide farmers with the necessary amount of fertilizers. I really hope that in the near future, it’s the middle of January, the relevant agencies that I just named, with the producers agree and come to these decisions,” Putin said at the first inter-regional forum of the popular front on Monday.

“As for this method, how to raise the export customs duties, then, Yes, this is also one of the options, he also studied, and the Prime Minister brought up this issue”, – he noted.

As explained by the head of state, “the prices can still keep quite high, if the manufacturers will not be direct obligations to hold them back, and the load on them will increase.”

Thus, according to Putin, the fertilizer industry “needs to understand that if they are not aware of the specifics of the day, their responsibility before the nation, the economy and agriculture, such a tool in the hands of the state is.”

So the President reacted to the speech by one of the forum participants, who complained that, despite the fact that Russia is the world’s third largest producer of fertilizers, 90% is exported, while domestic farmers buy this fertilizer at dollar denominated prices. In this connection, the forum put forward a proposal to impose export duties on mineral fertilizers.

According to a source in the industry, the introduction of export duties on mineral fertilizers, which was actively discussed last year, was not updated recently.

He noted that currently, the interdepartmental Commission on ensuring farmers fertilizers for spring sowing campaign discusses the conditions of supply, one option is to fix the price increases by 5% per month. The next Committee meeting is scheduled for the end of January – beginning of February, he added.

It was raised again in late summer amid negotiations about the price of fertilizers for the autumn sowing and budget negotiations for 2016.

In September, the fertilizer producers and farmers agreed that the strong increase of prices for fertilizers on the domestic market until the end of the year will not be. The Russian authorities expect to continue to negotiate with the manufacturers of fertilizer prices, it was not necessary to impose export duties, said Deputy Prime Minister Arkady Dvorkovich.

Currently, export of mineral fertilizers duty free. Export duties on mineral fertilizers of the Russian Federation was introduced in March 2008 to stabilize prices on the domestic market. So, for nitrogen and complex fertilizers was set at 8.5% duty rate on potash is 5%. These duties were abolished in 2009.