MOSCOW, January 25. JSC “NK “Rosneft” and Grupa Lotos S. A. agreed to extend the contract for oil supply to Poland, dated 20 December 2013, updated commercial conditions involve the extension of the term of the agreement for one year until December 31, 2017 and increase supply by 300 thousand tons to 2.7 million tons of oil a year, said the Russian company. 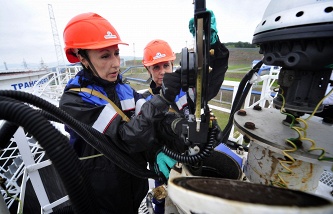 “The agreement to continue cooperation with Lotos confirms the quality of the partnership of “Rosneft” with the largest consumers in the traditional sales regions of the Russian oil (for the company this is the second major contract for the supply of oil to the Polish consumers, signed in December 2015 – January 2016), – stated in the message.

“Rosneft” notes that the access to infrastructure supply chain, in particular to the oil pipeline “Druzhba”, ensures uninterrupted supply of raw material of oil refining capacities in Europe in order to maximize their economic efficiency. The increase in the supply of oil to the strategy of “Rosneft” on creation of shareholder value through improving the efficiency of crude oil, and is also consistent with consumers ‘ interests and strengthens energy security of Europe.