STAVROPOL, January 25. In the Kremlin have a positive attitude to the creation of new parties in the Russian Federation. This was reported to journalists the press Secretary of the President of Russia Dmitry Peskov, making comments on information about the plans of the business Ombudsman Boris Titov to create a party business. 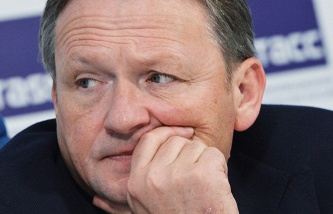 “The process of party construction in the framework of the legislation encouraged, diversity and party competition among the political parties is what is supported. Certainly important is the platform on which the party will conduct its work, that line, ideology, which will put the party”, – said Peskov.

He added that “the issue of party Affairs and the development of the political system of the country is very positive”.

Earlier, the head of the office of the business Ombudsman Boris Titov, Vice-President of “Business Russia” Tatyana Marchenko said that Titov is going to lead the right-wing party in the elections to the state Duma, which will be held in September this year. “Today negotiations are underway with several parties, until I call them, I guess it would be wrong, but all these right-wing parties”, she said, explaining that it is assumed that Titov will head the party list in the elections.

Titov since June 2012 he has occupied the post of Commissioner for entrepreneurs ‘ rights. In addition, the businessman is the co-Chairman of the organization “Business Russia”. Also he together with his son Pavel Titov owns a winery company JSC “Abrau-Durso”.