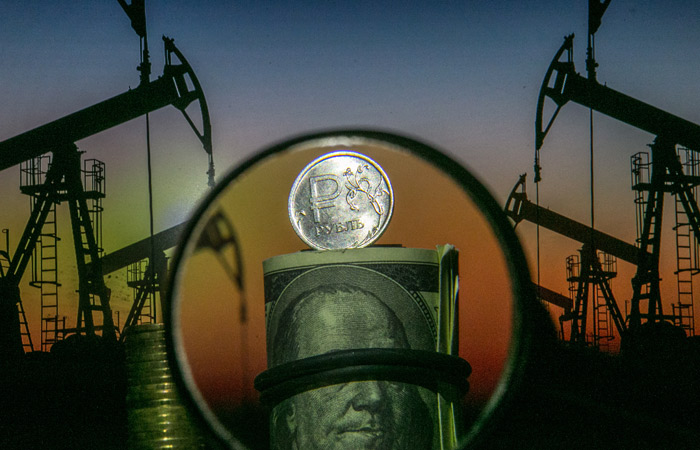 Moscow. On 25 January. The key question of time – complete a period of strong fluctuations of the ruble, or we are still in the danger zone? And maybe, on the contrary, the rise of the dollar-Euro and the fall of the ruble last week there were only some episode, and now everything is getting better and becoming well?

This question naturally arises after the Central Bank of the Russian Federation for the second time in a row greatly reduces official exchange rates – dollar and Euro: the dollar set on Tuesday – 77.8 per ruble (this is almost 6 rubles lower than the dollar rate set by the CBR on Thursday for Friday – 83,59 rubles, or more than 8 rubles below the high of the dollar at the trades made on Thursday in the middle of the day, which 85,999 rubles). Fresh Euro – 84,16 rubles (this is about 7 rubles lower than the official Euro on Friday, and on 9 roubles below the highs of Euro).

A high enough probability that the retreat of the dollar and the Euro on this and stop. And on Tuesday the CBR begins again to reduce the RUR. This is evidenced by the course of trading currency on the Moscow exchange in the second half Monday: the dollar rose to 80 rubles per dollar.

Experts “Interfax-CEA” indicate remarkable circumstance: as when falling oil prices last week the ruble “behind” from the oil, resulting in the ruble cost of a barrel once again renewed its longstanding (since 2010) low, reaching 2,200 rubles, and now that oil is dramatically played up, the ruble is also falling behind. Now the price of oil rose to 2450-2500 rubles, it is still very low (so that the budget could be reduced with the planned deficit of slightly less than 3%, the price calculated would have to be 3150 rubles). But, at least it is some step towards the rebalancing of the ruble decreased.

However, market participants understand that, whatever one may say oil prices will remain a major influencing factor for the ruble. The prices show tentative signs of consolidation – but only the most shy: Brent provalivshayasya in the middle of last week to $27 per barrel and soared on Monday morning to $32,7 per barrel (about 20% growth – but we must understand which low levels was that growth), fell back to near $31 per barrel. If at this level the price will touch so many – will be well (this is, at least, would mean a break in reaching three consecutive months of falling prices of oil).

Thus, it will be short term – for Russia – well. Long term still bad: after all, the key macroeconomic forecasts of the authorities built based on the much higher than it is now, oil prices! So, according to many experts, the preservation of oil at current levels will not ensure ruble stability.

Market participants have concluded that while the pressure on the ruble is not very strong, and in the coming days, most likely, it will not increase. “The weakening of the ruble last week has not caused an excessive demand for currency, although the volume of trading in the middle of the week was above average,” says analyst IK “URALSIB capital” Irina Lebedeva. In her opinion, in the short term some support for the ruble may have a demand for liquidity. “Today, companies have large tax payments. This factor could provide some support for the ruble on Friday. The growth of the ruble has been even higher than one would assume based on the dynamics of oil prices; we believe that this is due to the increased demand for liquidity for tax payments,” she said, adding that another chance to support the ruble will give a period of tax payments on profit, coming in Thursday.

Experts “Interfax-CEA” also believe that the intensity of fluctuations of dollar and Euro will decline. The fluctuations will go near to the reached levels, the dollar may remain a little below 80 rubles/$1, the Euro will oscillate in the neighborhood of 85 rubles/EUR1, they write, assessing the prospects of the exchange-rate regime until the end of the month.

In the basis of their forecast is the assumption that market participants prefer to hold wait-and-see mood ahead of the meeting of the Central Bank of the Russian Federation; at the same time, world oil prices will stop falling and will remain mostly a little above $30 per barrel. At the same time, the Euro will remain under pressure and may retreat against the U.S. dollar after the ECB meeting on January 21, which were promised more stimulus measures. Factor supporting the ruble in the week, will be an increased demand for ruble liquidity in connection with the tax period.

However, it is a short – term forecast; and about what will happen to the course in February, while we can only guess…