NEW YORK, January 25. Four Vice-presidents of the company are leaving their Twitter posts. This was announced by the chief Executive of Twitter Jack Dorsey.

“I sadly announce. what Alex Retter, Skip Schipper, Katie Stanton and Kevin wale has decided to leave the company”, – wrote the head of Twitter in his microblog. “I commend each of them for what they have brought to Twitter,” said Dorsey.

Last week, Twitter shares fell more than 7.5% on the background of the failure, which occurred in the social network.

The failure of the social network 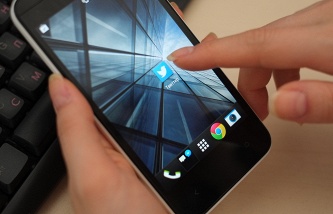 Problems in the network were marked in Russia, UK and France. Similar reports were received from Nigeria, Uganda, and Brazil and from the Philippines.

The company stated that “periodic problems… some users have been eliminated. The problem was associated with the replacement of the internal code. We returned to the old code, and fixed the problem. Thank you for your patience”.

According to experts, the failure was one of the most serious for a ten-year history of Twitter.

Social network Twitter was created in 2006. It unites more than 500 million users worldwide, about 300 million of which are active, and is among most visited resources in the Internet.