The king of Bahrain Hamad bin ISA al Khalifa to visit Russia in February. Dmitry Peskov confirmed that such a visit was being planned. 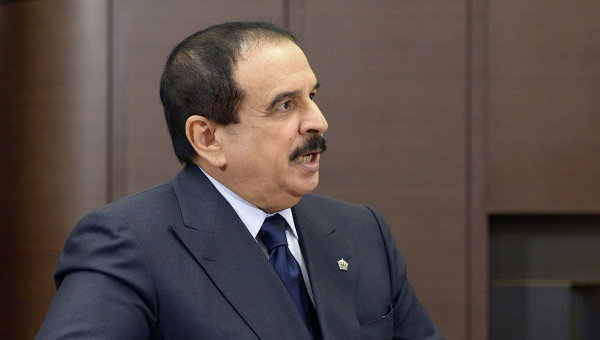 MOSCOW, 25 Jan. The Kremlin confirmed the preparation of the visit to Russia by king of Bahrain Hamad bin ISA al-Khalifa.

The last time the king of Bahrain arrived for a working visit to Russia in October 2014. In Sochi, he visited competitions of the Russian stage “Formula 1” and has held talks with the Russian leadership.

Last week Manama as the guest of honor’s Fourth international air show was visited by the special representative of the President of the Russian Federation on interaction with the Forum of gas exporting countries Viktor Zubkov, he held talks with king of Bahrain, Deputy Prime Minister and Minister of energy. According to their results, the Russian Ambassador to Bahrain Vagif Garaev reported that the Bahraini side is interested to cooperate with Russia in the gas sphere. Bahrain plans to complete the construction of its own terminal for liquefied natural gas by mid-2017, and until then, the Kingdom should be determined with the gas suppliers and to prepare specialists for this work.

A source in the Russian delegation at the air show said that the king of Bahrain is interested in Russian multi-role fifth generation fighter Sukhoi T-50 (PAK FA), has started series production export version of which is scheduled for 2020. For his part, the Minister of transportation of Bahrain Kamal bin Ahmed in conversation with the correspondent has confirmed that Bahrain is deeply interested in cooperation with manufacturers of aviation products in Russia, however, according to him, any talk about specific transactions.