TOMSK, January 25. The mayor of Tomsk Ivan Klein has appointed a new Deputy for social politics instead of Oksana Kravchenko, who had resigned after the incident with the drunk driving, reported in a press-service of the city hall.

“The mayor of Tomsk Ivan Klein today on morning conference call was presented to staff their new Deputy on social policy, which became a T. V. domnitch,” – said the press service. 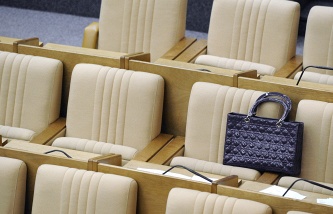 Earlier it was reported that in January Kravchenko, who was fined and lost his licence for a year and a half for driving drunk, left the post at own will.

Domnitch was born in 1971 in Tomsk. In 1995 he graduated from the Tomsk medical Institute due to specialty medical care. He worked at the Department of obstetrics and gynecology, Siberian state medical University, obstetrician-gynecologist in the gynecology Department of the regional clinical hospital.

In 2007 she started working in the city Department of health, from 2012 to 2014 was in charge of it. Then he worked as Deputy head of the Department of health of Tomsk region on medical issues, in 2015 he was appointed chief physician of regional stomatologic polyclinic and was elected to the Tomsk Duma of the sixth convocation. The candidate of medical Sciences.