Russia and France also agreed to build the Arrius B2BPlus for these helicopters, as well as maintenance of these engines. 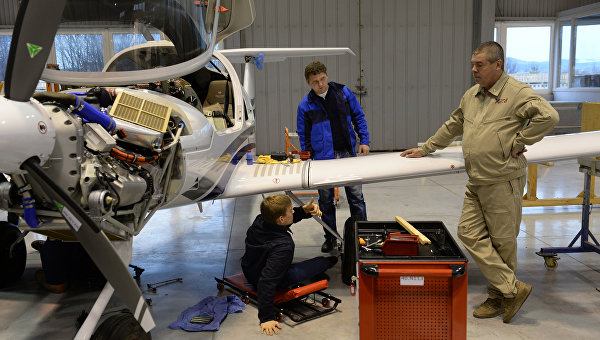 The document at the meeting of the Franco-Russian Council for economic, financial, industrial and trade cooperation (CEFIC) was signed by the Chairman of the Board of Directors UZGA Arthur Starkov and Executive Vice President, Airbus Helicopters Dominic modu.

Also signed a contract for the supply of the Ural plant of four sets of helicopter Airbus Helicopters H135.

Russia and France also agreed to build the Arrius B2BPlus to the helicopter on the basis of Ural works of civil aviation, as well as maintenance of these engines. The Memorandum of understanding on the Assembly of engines and the agreement on technical maintenance was signed by the Chairman of the Board of Directors of the Ural factory Arthur Starkov and Executive Vice-President of the French Turbomeca (Safran group) Maxim Faribo.

Н135 twin-engine helicopter used for emergency medical services and law enforcement agencies. In the American market in this area involved about 100 of these cars. Version Н135 T3 helicopter equipped with Arrius B2BPlus.

In 2014 Turbomeca certified in the Russian Federation, the Arrius 2B2. The main advantage of the engine was increase runway capacity by 6% in the highlands and hot climate, allowing payload increases to 200 pounds. Also, due to the resource overhaul in four thousand hours and high fuel efficiency operating costs were significantly reduced.