MOSCOW, January 26. “Bashneft” in 2015, increased oil production by 11.9 percent to 19,919 million tons. At the end of the year the level of daily production exceeded 58 thousand tons. This is stated in the message of the company. 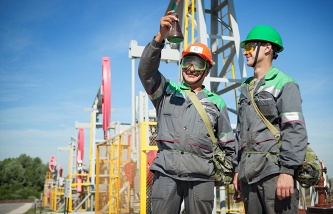 The standard “Euro-5” corresponds to 95.7% of the produced gasoline and almost 100% of diesel fuel.

The decrease in the refining occurred due to the reduction of low-margin production of dark oil products and the modernisation and decommissioning of uneconomic capacity of primary processing, resulting in total capacity of the refinery complex “Bashneft” is 23.2 million tons.

“In 2015, Bashneft retained its leadership among Russian oil companies in terms of increasing production, providing about 29% of the increase in oil production in Russia, – said the President “Bashneft” Alexander Korsik. – The main contribution to this achievement has introduced new assets in Timan-Pechora and Western Siberia, the company again saw growth in production at Mature fields in Bashkortostan. Consistent implementation of the program of modernization of the processing complex has allowed us to significantly increase the yield of light oil and ensure the release of more than 98% of motor fuel Euro-5″.