Requests sent to the Prime Minister of Russia Dmitry Medvedev, the Minister of Finance Anton Siluanov and the Chairman of the Central Bank Elvira Nabiullina. 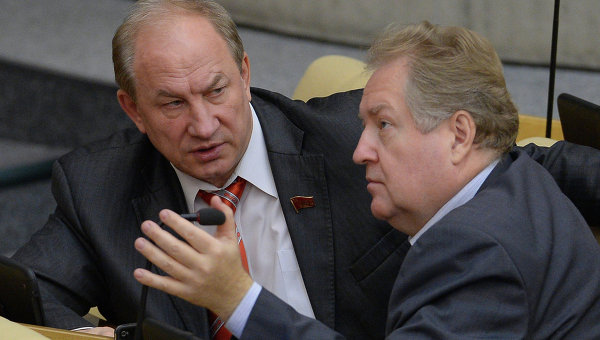 Requests, the texts of which is in the possession of, sent to the Prime Minister Dmitry Medvedev, Finance Minister Anton Siluanov and Central Bank Governor Elvira Nabiullina.

“We ask you to take the measures necessary for the early repayment of the public debt of the Russian Federation at the expense of means of Reserve Fund and also to completely abandon the practice of credit with high interest rates instead of using their own funds placed in the Reserve Fund and national welfare Fund”, — stated in the request.

According to the monthly report of the Ministry of Finance of the USA, Russia for a year (from November 2014 to November 2015) reduced investments in U.S. government bonds to $ 20 billion. In November 2014, the Russian Federation owned American securities with a total cost of 108 billion dollars. However, from December 2014 to gradually reduce their amount, in the end, in April 2015 she had papers to 66.5 billion. From may that figure began to rise again. In November 2015, the Russian Federation acquired the securities for $ 6 billion. Now a total cost of $ 88 billion dollars, providing Russia 15th place among foreign investors.

The Communists say that in November, when Russia has acquired bonds for $ 6 billion, has been working on the law on the Federal budget for 2016, which “involves an unacceptable reduction in the number of key items of expenditure”. For example, in 2016 in nominal terms, expenditure on health reduced by 8%, on formation — on 8,5% (compared with 2015), the MPs write.

“At the same time, the budget for 2016 for debt service costs provided at the rate of 4%. In other words, the Russian Federation in the conditions of invalid cuts is fundamentally important items of expenditure provides for 4% of the budget for 2016 (or 8.2 billion) to service debt and own funds in the amount of $ 6 billion in just one month invests in debt instruments of the U.S.,” the deputies note.

“The thrust of our proposal can be expressed in three simple words: “Stop feeding Kansas!”. The government resents the fact that the United States introduced the endless anti-Russian sanctions, but continues to invest in their securities. Such a policy clearly does not fit with Russia’s claim to genuine sovereignty: if your money placed in US, then what independence can we talk? Moreover, in case of aggravation of the situation, these products can freeze,” said Secretary of the Central Committee of the Communist party butts.