It is likely that suppliers will continue to repaint the country of origin on packages of products, said the head of the FCS Andrei Belyaninov. Custom still captures the import into Russia of prohibited goods from Turkey, he added. 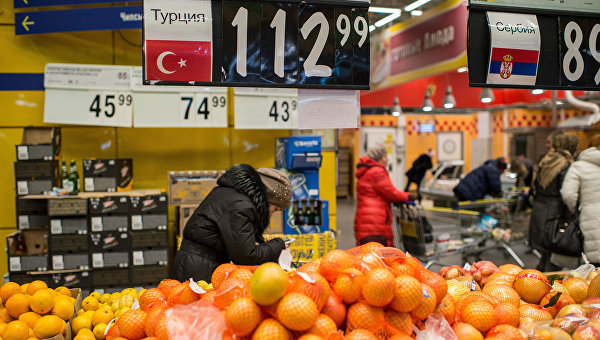 BRUSSELS, 26 Jan –, Maria Knyazev. The head of the FCS Andrei Belyaninov expects to increase volumes of deliveries to Russia through third countries of illegal products from Turkey, he told this to journalists in Brussels.

Belyaninov said that customs captures the import into Russia of prohibited goods from Turkey. “Basically, it’s food. Through third countries imported food products prohibited for import to Russia, of Turkish origin,” he said.

The head of the FCS did not name specific States that are involved in this process, saying only that it the country, “adjacent to the Russian Federation.”

“The volume is not very large, but we must not forget that it was the New year”, — said the Belyaninov.

Answering a question, he expects an increase in the flow of such goods, the head of the FCS said, “Yes, I think so”.

Commenting on the fight against the importation of such products, Belyaninov said that “to prohibit and to do this is easier than to build”.

“To hold and do not let go we can do. However, I think, will continue to paint their country of origin. More or less even understand how it’s done”, he concluded.