Earlier, the President signed a decree according to which members of the HRC are not able to be parliamentarians and members of the Public chamber of the Russian Federation. Proposals on the reduction of the quantitative composition of the HRC the report, said the Chairman of the Council Mikhail Fedotov. 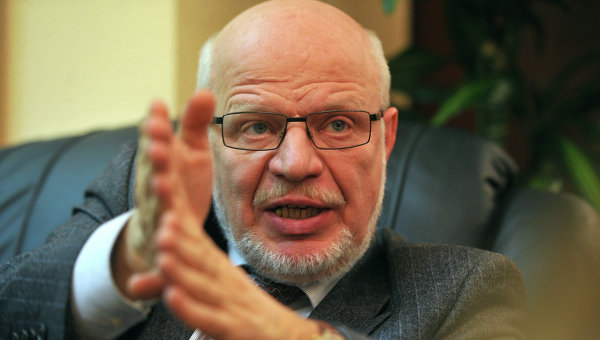 MOSCOW, 26 APR –. The Chairman of the presidential Council on human rights (SPCH) Michael Fedotov has sent the President his proposals on exclusion from the Council of several people falling under the principle of incompatibility of mandates.

Proposals on the reduction of the quantitative composition of the HRC, as the replacement of outgoing members of the Council, report to the President, Fedotov said.

Earlier Russian President Vladimir Putin signed a decree according to which members of the HRC may not be deputies of the state Duma, the Federation Council and Public chamber of the Russian Federation. The Council is composed of deputies Elena Nikolaev, Alexei Pushkov, Michail Terentyev and members OP the Russian Federation Joseph Diskin, Anatoly Kucherena, Elena Topoleva-Soldunova and Vladimir Shaposhnikov. All of them, as noted by Fedotov, made a choice and will work accordingly in the state Duma and in the OP.

“To reduce the number of members the HRC is offered, because in the presidential decree and regulations of the Board doesn’t say anywhere what should be the size of the Board. But in the regulations of the Board now says, who cannot be a Board member – cannot be the deputies of the state Duma and members of the Public chamber. It is the proposal to remove these people from the Council and I introduced the head of state. The corresponding letter was sent this morning,” Fedotov said on Tuesday.

“In my report any suggestions for the replacement of outgoing members of the Council not,” he said.

As for the question of who will head the permanent Commission of the HRC for the development of NGOs after the Council leaves the current head of the Commission Yelena Topoleva-Soldunova, the Agency interlocutor noted: “the issue will be for the Council to decide at its next meeting”.

“Most likely, it will be a meeting on the law on NGOs, which will take place on 10 February,” added the head of the HRC.

He also said that the cooperation of the Council with those who come from his part, will not cease. “This does not mean that we will cease to cooperate with them. We have many former members of the Council remained as experts,” — said Fedotov.