The cost of basic foodstuffs in the regions of the North Caucasus does not increase, but the prices for some products even lower. 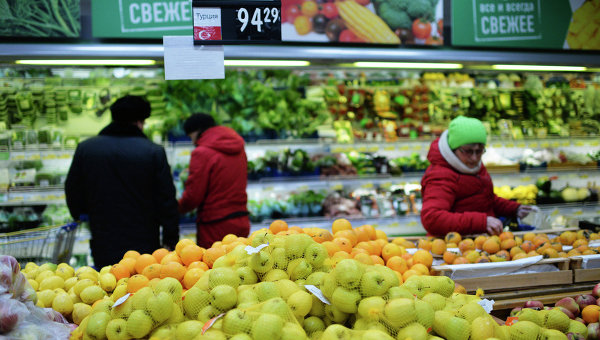 PYATIGORSK, 26 Jan –. The prices of most basic foodstuffs in the regions of the North Caucasus in General show a tendency to decrease or remain unchanged compared with the end of December 2015, explained correspondents.

In Kabardino-Balkaria prices of almost all basic foods remained the same compared to the end of 2015. The only exceptions are cucumbers and tomatoes. The Central market in Nalchik prices for beef continue to be from 360 to 380 per kilo tenderloin, the beef is also hardly changed from 200 to 220 rubles, and for 280-300 rubles, you can buy popular local so-called “backless”. Pounds chicken remains from 115 to 120 rubles.

Not the prices for potato, cabbage, Russian cheese, eggs. Decliners among products can be noted only Abkhazian tangerines, the price of which has fallen from 120 to 100.

The largest gain since the beginning of the year show prices for cucumbers and tomatoes. The cost of the first increased from 160 to 200 rubles, and second – by 50 rubles – from 170 to 220. “This is a normal seasonal growth for these vegetables in the winter”, — explained the rise in price of one of the sellers.

One of the features of Nalchik of the market is fresh ramson, pounds which will cost 300 rubles.

In Dagestan, for example, the price of beef decreased slightly. At the end of 2015, the price ranged from 250 to 300 rubles. By the end of January you can find the beef already for 230 rubles. Chicken meat also dropped in price about 5 rubles, reaching 105 rubles per kilogram.

In sausage, sausage prices have not changed on average for 230 rubles, sausage smoked and boiled is like the end of the year. Still prices remained at butter – 290 per kg, sunflower oil – 90 rubles, margarine – 95 rubles. However, prices dropped significantly in the sour cream, before the New year, it cost 280 rubles per kilogram, in January – 250 rubles, the cheese not greasy fell from 190 to 170 rubles. Prices on the national cheese and cheese varies from 270 to 1000 rubles per kilogram. Before the New year the average price was 290 rubles. In January, the average price – 280 rubles.

In the Stavropol region sharp growth of prices for fish

Bread, milk, chicken eggs in the Stavropol region is not almost fluctuated in price since the end of last year. Slightly increased the cost of sugar, beef within 5 rubles three rouble fell pork. Also on 9 to 128 rubles rubles rose frozen fish, declined slightly chicken eggs. In addition, rose apples and carrots to 69 rubles 31, respectively. Onions and potatoes also have slightly added in price.

“Prices have increased significantly overall after the beginning of the crisis to purchase basic food meat, cucumbers, tomatoes, dairy products and fruits, given that there will be a few days, it was mostly one trip to the store costs about two thousand rubles”, — said one of the shoppers in the store Pyatigorsk.