Dmitry Mezentsev became the Senator from the Sakhalin region, having replaced on a post of the Senator Jeanne Ivanov, which was put forward by the previous government of the region headed by the famous in connection with the corruption scandal by Alexander Horoshavina. 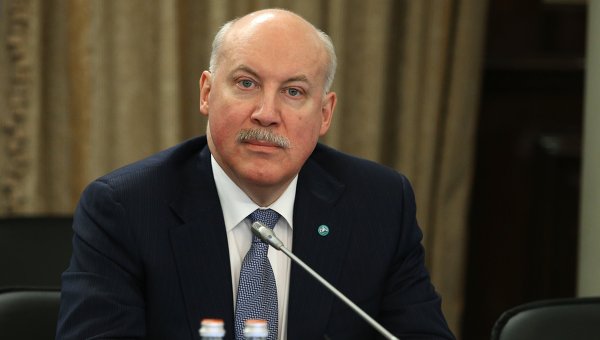 MOSCOW, 26 Jan. Former Secretary General of the Shanghai cooperation organization (SCO) Dmitry Mezentsev begin work in the Federation Council as a Senator from the Sakhalin region, on Wednesday at plenary session of Council of Federation it will receive a certificate from the hands of the speaker Valentina Matvienko, Chairman of the house Committee on rules Vadim Tulpanov.

“The powers of Dmitry Mezentsev began on 31 December, the first after the holidays plenary meeting, on 27 January, he goes to work,” said the Senator.

In September, the Sakhalin region Governor Oleg Kozhemyako appointed Mezentseva Senator from the region, in the decree of appointment stated that the decree shall enter into force on 31 December 2015, when the term expires Mezentsev on a post of the SCO Secretary General. Before Mezentsev continued to work in the headquarters of the SCO in Beijing.

Mezentsev has replaced on a post of the Senator Jeanne Ivanov, to represent the interests of the region in the Federation Council were nominated by the previous government of Sakhalin led by the infamous ex-Governor Alexander Horoshavina detained in March 2015 on charges of corruption. In January, the Investigative Committee of the Russian Federation confirmed the indictment Ivanova in the organization of evasion from payment of taxes.

Mezentsev was a Senator between 2002 and 2006. He was the head of the Federation Council Commission on information policy, from 2004 to 2009 he was Vice-speaker of the house, oversaw inter-parliamentary relations, science, education and culture, improvement of legislation in sphere of mass media and a number of other issues.