NEW YORK, January 26. /Corr. Kirill Volkov/. The largest U.S. Bank JPMorgan Chase will pay $1.42 billion as part of the settlement of a lawsuit filed by a bankrupt investment group Lehman Brothers. On reaching the deal was announced on Monday in Federal court in new York Manhattan. 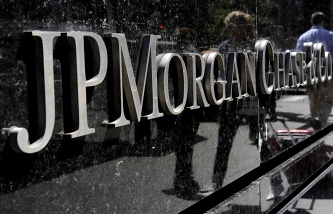 Five banks will pay the U.S. government a fine in the amount of about $ 3 billion

Lehman Brothers filed a lawsuit against JPMorgan Chase several years ago, blaming the Bank for illegal withdrawal of holding of about $8.6 billion. This happened four days before the collapse of Lehman Brothers in 2008, which was one of the factors that triggered the global financial crisis.

As follows from published documents, after paying JPMorgan Chase $1.42 billion claim with the Bank will be removed, but deal yet to be approved by the judge.

The bankruptcy of Lehman Brothers became the largest in U.S. history. It is believed that it led to the collapse of global stock markets and the ensuing global financial crisis.