Arseniy Yatsenyuk was a “good Minister”, but now his statements sound strange, said the head of Ministry of foreign Affairs of Russia Sergey Lavrov, commenting on the words of the Ukrainian Prime Minister about the necessity of the referendum on the Constitution. 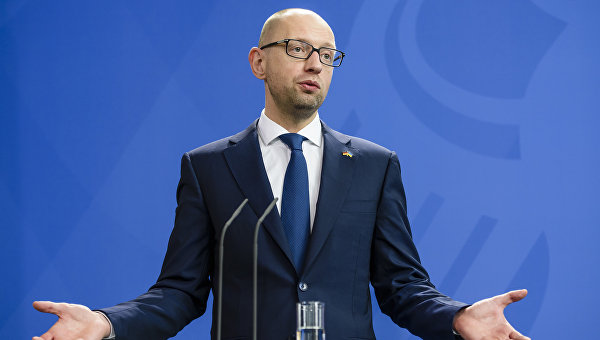 MOSCOW, 26 Jan. The Russian foreign Minister Sergei Lavrov, commenting on statements by Prime Minister of Ukraine Arseniy Yatsenyuk about the need for a referendum on the Constitution, said that Yatsenyuk was a “good Minister”, and now “says a lot of things,” but Moscow still believes that foreign policy is determined by the Ukrainian President.

Yatsenyuk previously stated that it favours a national referendum on what should be the Constitution of Ukraine. In addition, the Radical party of Ukraine proposes in March to hold a referendum about whether the Ukrainian people granting the Donbas special status.

“We have heard the statements of the Prime Minister, Mr. Yatsenyuk, who said that there should only be a referendum. By the way, the speaker of Parliament Mr. (Vladimir) Groisman said that this should not be”, — said Lavrov during a press conference on Tuesday.

According to the Minister, Moscow proceeds from the fact that “foreign policy still meets the President, and if to be guided by the statements of Mr. Yatsenyuk, he says a lot of things”.

“He even frightened Europe what next after the Ukrainian aggression to be an attack on Germany and France — it was a year ago, don’t know, remember or not. Generally a little strange, he was such a good Minister and while the Minister of foreign Affairs was, and it seemed to me a reasonable man, delved into the case, acted adequately. Obviously, I got under bad influence,” — shared his opinion of Lavrov.