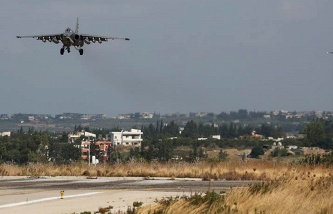 Putin: the purpose of the operation in Syria support Assad, and combating international terrorism

This was stated at a press conference at the end of 2015 the Minister of foreign Affairs of the Russian Federation Sergey Lavrov.

“Political asylum nobody asked, nobody offered”, – said the Minister.

Lavrov also denied media reports that the former head of the GRU proposed to Assad to resign.

“I’ve read speculation, which were distributed with reference to the late Igor Sergun, he allegedly visited Damascus and there he proposed to President Assad to go, – said the Minister. That’s not true. A conversation with President Assad of this kind was not necessary.”

Earlier the Financial Times reported, citing unnamed sources in Western intelligence services that allegedly the head of the Main intelligence Directorate of the Russian armed forces Igor Sergun came to Damascus in order at the request of Russian President Vladimir Putin’s offer to Assad to resign as Syrian President. According to the publication, Assad refused.