The Georgian people should not have to pay break ties with their Russian neighbors, relations, in which both Georgians and Russians are interested for the criminal mistakes of the former President of Georgia Mikhail Saakashvili, the head of the Russian foreign Ministry. 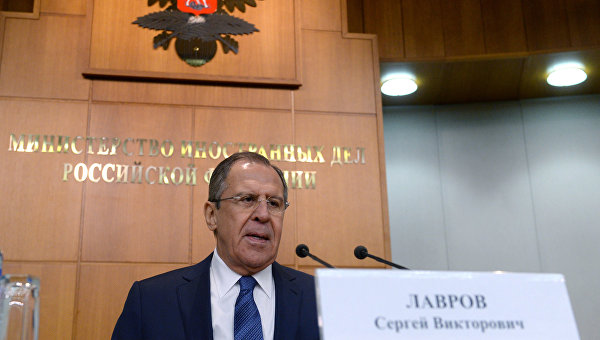 MOSCOW, 26 Jan. Relations of Georgia and Russia at the moment out of the deep freezing stage, said Tuesday the head of Russian foreign Ministry Sergei Lavrov.

“We want relations with Georgia were normal, good-neighbourly. We believe that the Georgian people should not have to pay break ties with their Russian neighbors, relations, in which both Georgians and Russians are interested. They have to pay for the criminal mistakes (the ex-President of Georgia Mikheil) Saakashvili, probably unfairly. We have not severed diplomatic relations,” Lavrov said during a press conference.

He noted that in 2008 Russia has acted “in full accordance with international law”.

Commenting on the current stage, Lavrov said that relations between Georgia and Russia “out of the deep freeze”.

In August 2008, South Ossetia and Abkhazia announced their independence, it was made after the armed aggression of Georgia against Tskhinval. Russia August 26, 2008 recognized the sovereignty of the two former autonomies, which was part of Georgia and has long sought independence from it. The leaders of the Russian Federation has repeatedly stated that the recognition of independence of two former Georgian autonomies reflects current realities and not subject to revision.