MOSCOW, January 26. The Chairman of the Federation Council Valentina Matvienko considers the current ratio and the current situation is adequate and does not expect an abrupt change of course.

“I believe that the current ratio and adequately reflects the current reality. It is unlikely we expect abrupt fluctuations”, – said the Senator in an interview with the online edition of “Tape.ru”. 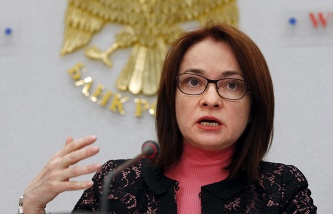 The Bank of Russia was established on January 26, the official dollar exchange rate at the level 77,7965 rubles, 2 rubles 77,49 copecks below the previous indicator.

Matvienko also shared the view of some analysts that a significant reason for such a low hydrocarbon prices no. Recognizing the existence of objective factors to reduce rates, it noted the influence on this process and the political.

In this regard, the MP recalled the statement by former US President Ronald Reagan which the Soviet Union claimed that “if we lower the price of oil to $10, the economy of the USSR finally collapses”. She stressed that “precedent for such a sharp drop in oil prices over the year four times – in the global economy was not yet.”

“I am aware that hydrocarbon prices are unlikely to return to previous levels in the coming years. However, according to analysts, the fair price of oil should vary in the range of $50-60 per barrel”, – concluded the speaker of the upper house of Parliament.

The reduction of budget expenditures

Matvienko has opposed the automatic cuts in Federal spending by 10%. In her view, the decision to adjust the main financial document of the country can be taken before the end of the first quarter of 2016.

“I think the mechanical approach, the mindless spending cuts (budget) of exactly 10% is unacceptable”, – said the Senator.

The speaker of the Federation Council is sure that all the talk about changes in the budget should be deferred. “You must wait until the end of the first quarter of 2016, in order to understand how the situation will develop – will continue to drop or the oil will stop within a certain price corridor,” she said. “On this basis and it is necessary to prepare the adjustment budget,” the MP said, stressing the inadmissibility of “mechanical budget cuts to a certain amount”.

This Matviyenko stressed that during the adjustment of the main financial document of the country the government should “concentrate on finding additional opportunities for filling the revenue side of the budget” and not to put at the forefront of “search “where to cut”, what items of expenditure to cut”.

According to the head of the upper house of Parliament, in the discussion of the budget should involve the parliamentarians, however in this question it is necessary to avoid populism. “In General, for any matters related to the budget, the political responsibility lies not only with the government but also the Federal Assembly, the both chambers. We are well aware of, and populism is not valid”, she concluded.

Earlier, the head of the Ministry of Finance of the Russian Federation Anton Siluanov said about the need to reduce budget expenditures by 10% with the exception of the so-called protected articles that, in his estimation, will allow to save some 512 billion rubles.

Matvienko offers to the government to partly compensate banks mortgage rates for the population.

“It is necessary that the mortgage loans were given to people not under 12% or even higher, and under 8. The remaining 4% the government should compensate banks,” said the Senator.

The speaker of the upper house of Parliament stressed that he is “a staunch supporter of the fact that the construction industry is a serious driver of the economy”. In her opinion, this will lead not only to growth in the volume of construction and the solution of social problems, but also will provide a multiplier effect and eventually lead to the expansion of the tax base. “Those 4% that the government compensates the banks, will pay off handsomely,” said Matvienko.