The speaker of the Federation Council stated that it shared the opinion of some analysts who claim that good cause for such a low hydrocarbon prices no. 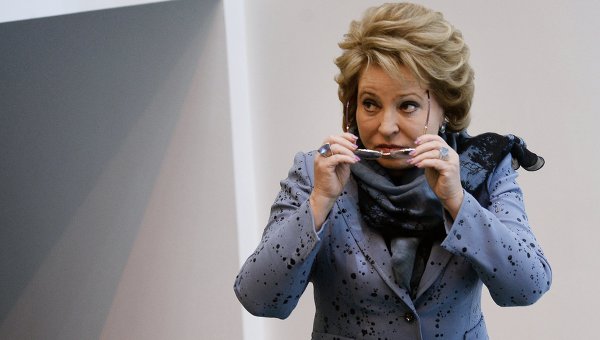 MOSCOW, 26 Jan. The speaker of the Federation Council Valentina Matviyenko sees a political component in the formation of the current low oil prices.

“I tend to support the view of a number of serious analysts who claim that good cause for such a low hydrocarbon prices no. Yes, there are objective factors — the slowdown of the world economy and, consequently, consumption level of oil, the slowdown of the Chinese economy. But then there is also man-made factor — I mean a political component”, — she declared in interview “to the Tape.ru”.

Matvienko recalled that “back in the Soviet Union, U.S. President Ronald Reagan said that if lower oil prices to ten dollars, the Soviet economy finally collapses”.

“Note that precedents for such a sharp fall in oil prices over the year four times — in the global economy was not yet”, — said the speaker of the Federation Council.

According to her, hydrocarbon prices are unlikely to return to previous levels in the coming years. However, according to analysts, the fair price of oil should vary in the range of 50-60 dollars per barrel, said Matvienko.

That is why when the budget was laid this price range, has reminded the Federation Council speaker.

“However, the price in 50 dollars, the budget proved overly optimistic scenario. And now we have the Executive and the legislature — are forced to work together to prepare different scenarios of fiscal adjustment in light of further possible fall of oil prices”, — she said.