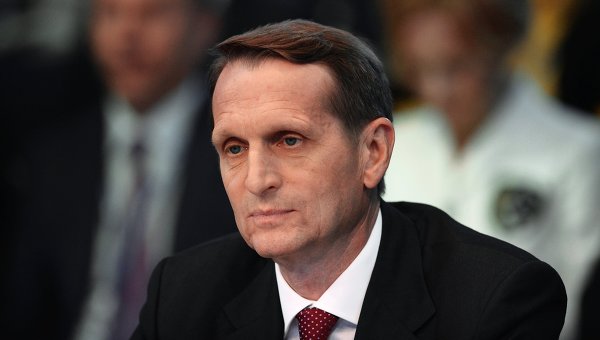 CAIRO, 26 Jan. The delegation of Russian MPs headed by the speaker of the state Duma Sergei Naryshkin arrived Tuesday for a two-day working visit to Egypt.

On 26 January, the scheduled meeting with Naryshkin, the President of the Republic Abdel Fattah al-Sisi and the head of Parliament Ali Abdel Alem.

On the eve of his visit, the speaker of the lower house of Parliament told journalists that Russia and Egypt are interested in the full restoration of relations, including resumption of air links between the countries, which had been suspended after the terrorist attack on Board a Russian airliner A321 over Sinai, which killed 224 people.

Speaker of the state Duma of the Russian Federation noted that the countries will continue cooperation in international and regional security, and cooperation in the fight against terrorism.