MOSCOW, January 26. A ten percent reduction in Federal spending have not touched the articles under the infrastructure of the territories of advanced development (TOR). This was announced by the Minister of the Russian Federation for Far East development Alexander Galushka in an interview. 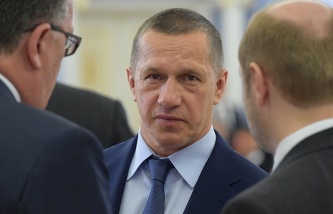 Trutnev: the government will not cut financing of projects in the far East

“Our need for 2016 to infrastructure projects for TOR will be satisfied in full. A ten percent reduction is not concerned articles of which will be financed by the creation of an infrastructure of territories of advanced development in the far East,” Galushka said.

He noted that on other articles relating to the development of the Far East, the reduction could not be avoided.

Read the full text of the interview