The Russian President said that speaking about mine, planted under the building of our statehood, he was referring to the discussion between Stalin and Lenin on how to build a new state – the Soviet Union. 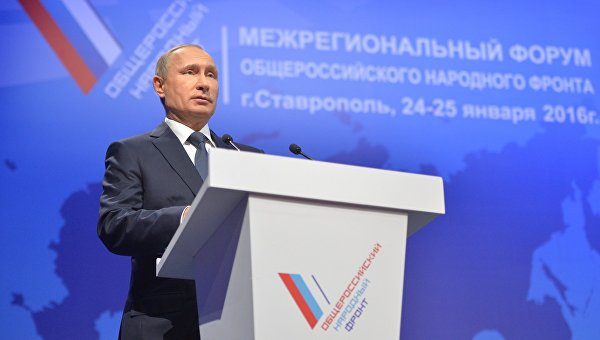 STAVROPOL, 25 Jan. President Vladimir Putin explained that the ideas of the Soviet Union Creator Vladimir Lenin laid under the state accident waiting to happen. He explained that Lenin talked about the idea of creating the Union on the basis of full equality with the right of Union republics to secede from the USSR.

At the meeting of the presidential Council on science January 21, Putin stated that Lenin’s ideas about autonomy led to the collapse of the Soviet Union — “put a nuclear bomb under the building, which is called Russia, and she jerked then”. This statement was regarded as some new, negative evaluation of the Bolsheviks and the 1917 revolution, the question arose about the burial of Lenin’s body, which is already almost a century is kept in the mausoleum on red square.

“What was I saying? That was laid a mine under the edifice of our nationhood… I was referring to the discussion between Stalin and Lenin on how to build a new state — the Soviet Union. Stalin proclaimed the autonomy of the future of the Soviet Union,” Mr Putin replied to a request for clarification of his statement and recalled that according to this idea all the subjects of the future state were to enter the USSR on the basis of autonomy, but with wide powers.

“Lenin criticized Stalin’s position and said it was untimely, wrong idea. And moreover, he promoted the idea of joining all the future subjects of this state, born of the Soviet Union… and then it was four regions — Russia, Ukraine, Belarus and, incidentally, the South of Russia (Transcaucasian Federation). So, Lenin came to the state, the Soviet Union, was formed on the basis of full equality with the right of withdrawal from the Soviet Union. And here it is — a time bomb under the building of our statehood”, — said the President.

Putin said earlier that the collapse of the Soviet Union was the biggest catastrophe of the century, and a tragedy for millions of people.