For the first 9 months of 2015 acceptable level of solvency correspond to 46% of the total number of airlines in 2014 during the reporting period the figure was 56%, have informed in Rosaviation. 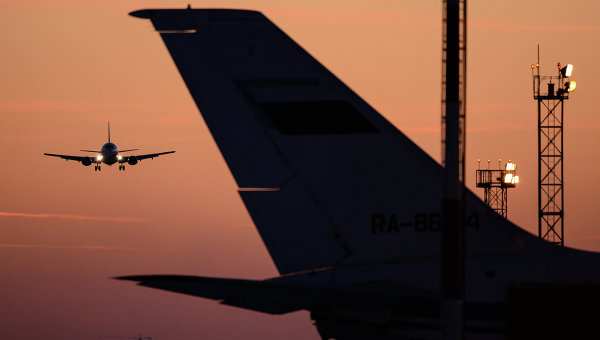 MOSCOW, 26 Jan. More than half (54%) of airlines of the Russian Federation by results of work for 9 months of 2015 have sufficient level of solvency in comparison with last year their number increased by about 10%; the losses of the companies amounted to 26.6 billion rubles, said the head of Department of economy and development programs of the Federal air transport Agency Viktoria sharomova.

“On the basis of the monitoring exercised by the Federal air transport Agency, today we can state: for the first 9 months… an acceptable level of solvency we meet 46% of the total number of companies, 54% is characterized by an unstable solvency”, — she said at the meeting of the Subcommittee on aviation of the RSPP Commission on transport and transport infrastructure.

According to her, according to the results of work for 9 months of the year 2014 very high solvency and stability showed about 56% of Russian airlines.

“In their business strategies (airlines — ed.) account for a good 7 years until 2015, the growth in passenger traffic, began to lay in their strategies this lag is the growth of economic indicators of 5-7%. Thus, the share of credit resources which allow to accumulate the revenues amounted to three times less than the volume of credit resources, which they were to cover in one month,” said sharomova.

According to her, the Federal air transport Agency expects the figures for November-December. She recalled that during this period the airlines of the Russian Federation was faced with external challenges in the first place, restricting flights to Turkey and Egypt. “I would like to see how it is a significant impact,” said sharomova..

“As for the reorientation of companies to the domestic market, we increased passenger traffic by 16%, largely led not so much to compensate for falling revenues on international flights, but increased total financial loss — it increased by 70%, to 26.6 billion rubles”, — said the representative of the Federal air transport Agency.