MOSCOW, January 26. RusHydro and Voith Hydro are considering optimizing the cost of modernization of Saratovskaya HPP of more than 7 billion rubles. The agreement is expected to be fixed in the additional agreement, which will enter into force after approval by the Board of Directors of “RusHydro”. This is stated in the message of the Russian company. 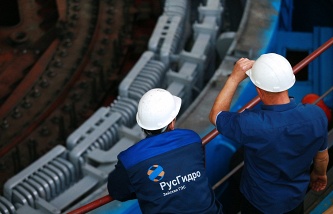 Net profit of RusHydro by IAS for 9 months increased by 7.6% to 24.1 billion rubles

In the framework of a contract signed in 2011 Voith Hydro carries out delivery of equipment for the Saratov HPP. Complex modernization of the station involves the replacement of 21 of the hydraulic turbine and hydroelectric unit 24 “turnkey”. Upgrading turbines will increase the installed capacity of hydropower by 10%. The first three hydraulic units, upgraded under the contract with Voith Hydro experts of the Saratov HPP was put into operation in 2015.

The project of modernization of the Saratov HPP assumes that the parts will be manufactured in Russia, in a joint venture RusHydro and Voith Hydro (“Volgaero”) in Balakovo, Saratov region.

“The programme of complex modernization of generating facilities of RusHydro Group (PCM) is designed for 2012-2025, In the PCM framework it is planned to replace 55% of turbines, 42% of generators and 61% of transformers from the total fleet of RusHydro. This will reverse the trend of aging fleet of basic generating equipment by upgrading the generating capacities, to lower operational costs by reducing the volume of repairs and automation of processes. Implementation of RMB will increase the installed capacity of company’s facilities at 779 MW relative to the beginning of 2011. The planned increase in production due to the activities of the programme will be 1375,6 million kWh,” – said in the message.