MOSCOW, January 26. The Board of Directors of “Federal passenger company” (FPC) made the decision on appointment of the General Director of the company ex-Minister of transport of Moscow region Peter Ivanov. In this position, he was replaced by Mikhail Akulov, reported the press service of the RZD. 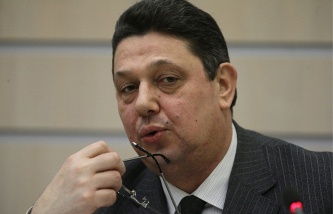 Mikhail Akulov may leave the post of head of ATF

According to the head of Russian Railways Akulov in this format, the work will focus on a systems approach to the management of passenger complex that will more effectively solve the problem of its further development.

Peter Ivanov in 2005-2006 he was Deputy head of the Department of transport and communication of Moscow. Then for seven years as head of the state unitary enterprise “Mosgortrans” on the position of the Director General. In 2013-2015 Ivanov was Deputy Chairman of Moscow region government. From may 2015 to January 2016 was the Minister of transport of the Moscow region.