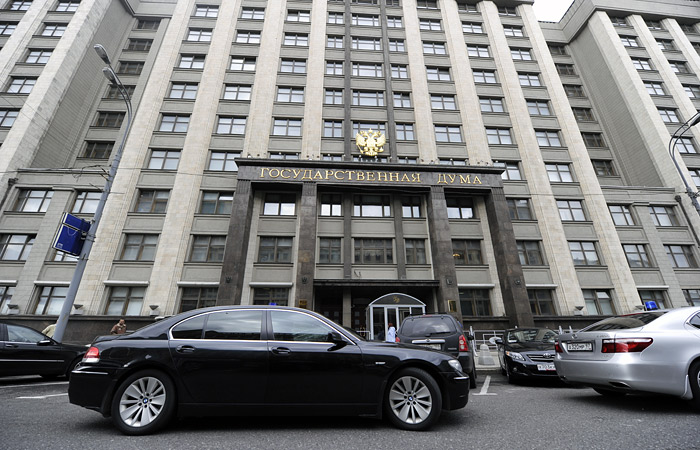 Moscow. January 26. Restrictions on the procurement of goods with excessive consumer properties, as well as luxury items for state-owned companies can give savings of at least 270 billion annually, the letter said Minister of economic development Alexei Ulyukayev addressed to Prime Minister Dmitry Medvedev.

As has told a source familiar with the text of the document, a draft report to the President, coordinated with the Ministry of Finance, the Agency has prepared in response to the request after the meeting of Vladimir Putin with activists of the popular front.

“We consider it expedient to extend the mechanism of regulation on procurement of goods, works, services for ensuring the managerial needs of the organizations and not for commercial resale, including cars, furniture, communication services, office equipment, lease of buildings and structures,” writes the speaker, the words quoted by the source.

According to the unified information system in the sphere of purchases for 2015, customers for own use purchased goods and services worth more than 2.7 trillion rubles. It is about 11% of the total volume of purchases of separate types of legal entities 223-FZ in the last year.

Thus, a reduction in such purchases by at least 10% can yield savings of 270 billion rubles in the year, emphasized in the economic Department.

However, as noted in the Ministry of economic development, the creation of the system of regulation of procurement of state companies will require amendments to existing legislation. Currently the Ministry of such a bill is developed.

The draft law, in particular, involves the use of two kinds of regulations of procurement: price caps, as well as requirements for consumer properties of products.

In September last year adopted a government resolution which requires the heads of Russian Federal authorities beginning from 2016 to order a cars with a capacity of not more than 200 horsepower and costing up to 2.5 million rubles.

As noted in the reference to the document, the decree was prepared by the Ministry of Finance pursuant to the law on the contract system and is aimed at “improving the efficiency of public procurement and exclusion of possibility of misappropriation of funds”.

Apart from cars, the total requirements and costs are defined only for smartphones, the price of which will be for Department heads and their deputies 15 thousand rubles.

In addition, the decree stipulated that the furniture of valuable species will be used exclusively to high-ranking positions. The same approach was adopted and its use in the finishing of leather. Lists and other kinds of products: computers, laptops, tablets, printers, trucks and buses, requirements that may be established by the Federal government.

Along with the leadership of the minimum requirements provided for heads of structural divisions, assistants, specialists and employees of territorial bodies.