LONDON, January 26. /Corr. Igor Brovarnik/. The revenue of the auction house Christie’s by the end of 2015 amounted to 4.8 billion pounds ($6.8 billion). About it the correspondent said Tuesday the official representative of Christie’s.

Despite the significant amount of sales, a record they did not, showing a decline of 5% compared with 2014. “This result (in 2015) is the second most successful for all history of the auction house. The demand from collectors continues to remain at a high level,” said Christie’s. 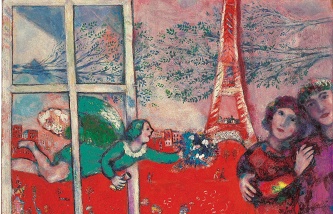 “Being in an increasingly difficult global financial situation, we have great capacity to adapt to market conditions in order to serve a growing geographically and increasingly diverse audience of art lovers. In 2015, 30% of the total number of buyers were new customers who were attracted by our innovations, including thematic auctions and online auctions. Starting the anniversary 250th year, we plan to retain leadership position,” said CEO Patricia Barbizet auction house.

One of the most popular category among collectors in the past year were the art of impressionism and modernism. In this segment revenue increased by 57% compared to 2014, amounting to 1.3 billion pounds ($1.8 billion). High demand, despite a 14% decline, remained the objects of postwar and contemporary art, the implementation of which brought the auction house a 1.5 billion pounds ($2.1 billion). 9% worldwide, increased sales of art objects of Asia, amounting 478,6 million pounds ($678,6).

Auction house Christie’s was founded in London by an English antiquary by James Christie in 1766. Today together with other major Sotheby’s auction, he takes 90% of the world sales in the market of art objects and Antiques.