The agreement and Protocol were signed in Moscow by both parties on 13 October 2014. The Protocol on amendments exempt from taxation at the source of payment within the state of interest paid on credits and loans granted by the banks of another state. 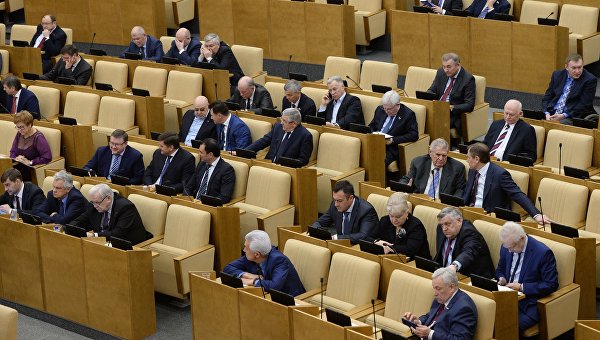 MOSCOW, 26 Jan. The state Duma on Tuesday ratified the new Russian-Chinese intergovernmental agreement on avoidance of double taxation and prevention of evasion from taxation with respect to taxes on income.

The agreement and the Protocol thereto signed in Moscow on 13 October 2014. They aim at providing conditions under which legal and natural persons of each of the Contracting States will not pay double taxes on the same income in their state and the state partner. Addressing this issue contributes to the mutual attraction of investments and provides the conditions for the elimination of double taxation of businesses and individuals.

The Protocol on amending the agreement signed in Moscow on 8 may 2015, exempts from taxation at the source of payment within the state of interest paid on credits and loans granted by the banks of another state. This measure is under sanctions imposed against Russia by the EU, USA and other States, will allow borrowers to reduce the costs of attracting and servicing loans of the Chinese banks.

Between Russia and China there is a similar agreement on avoidance of double taxation on 27 may 1994. However, the development of bilateral economic relations has led to the mutual desire of both countries to make some adjustments. Due to the presence of a significant number of the proposed amendments, the parties came to the conclusion about expediency of the conclusion of a new agreement. The new agreement will contribute to the further development of mutual cooperation between Russia and China, the attraction of mutual investments.