Against the background of rising oil prices, the MICEX index dropped to 1705,17 points, RTS index – to 679,1 points, follows from the data of the Moscow exchange. Activity will decrease due to the meeting of the operations Committee on the open U.S. market, analysts say. 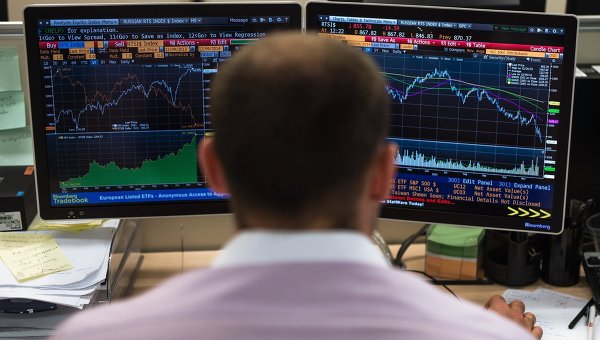 MOSCOW, 26 Jan. Elena Likova. The shares in Tuesday trading, a day slowed the rate of decline for the main indices on the background of growth of oil prices.

Thus immediately after the opening auction, as of 10.02 GMT, these indicators decreased by 0.70% and 3,69% respectively.

The April futures for Brent crude oil rises in price on 1,2% — to 31,7 dollars per barrel.

In the first half of the trading day the shares of Severstal rose 0.51% against the publication of the company’s performance indicators for the year 2015. However, they then proceeded to decline amid strengthening of the ruble and to lose the current moment of 1.05%.

“For the fourth quarter of 2015 as prices and sales were lower than our expectations, but the decline will be partially offset by the devaluation effect, which has special influence on financial indicators “Severstal” in which costs are denominated in rubles”, — says the analyst of “Veles Capital”.

In turn, the shares of the Magnitogorsk metallurgical combine (MMK) almost immediately after the opening of trading went down, and now losing 2.06 per cent on the backdrop of publishing the same data and under pressure from the strengthening ruble.

The MICEX index will hold an auction Tuesday within marks 1690-1720 points, said Alexander Razuvaev of “Alpari”.

The Russian share indexes will continue to decline until Wednesday on low volumes, following the oil prices, said the head of trading strategies Dukascopy Bank SA Daniil Egorov. Activity will decrease because of the two-day meeting of the operations Committee on the open market the U.S. later Wednesday, he explains.