MOSCOW, January 26. The CPRF leader Gennady Zyuganov suggested that the opponents of the Communist party to make a formal Declaration against Russophobia and anti-Sovietism. 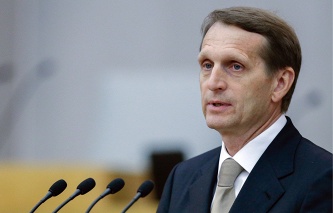 Zyuganov stressed that the authorities will not allow “again to push people on anti-Soviet and Russophobic soil”. “We will not let Russia be dragged down to the Russophobes and anti-Soviet. A repeat of this in Russia will be no more”, – said the leader of the Communist party, referring to the collapse of the Soviet Union.

Zyuganov pointed out that today we need to draw lessons from history, and cited as examples of historical figures from the time of Tsar Ivan the terrible until the period of Leonid Brezhnev.