Initiative group of citizens requested a referendum on the recall of deputies of the city Council, which sacked the former head of Petrozavodsk Galina Shirshina. The electoral Commission has denied registration. 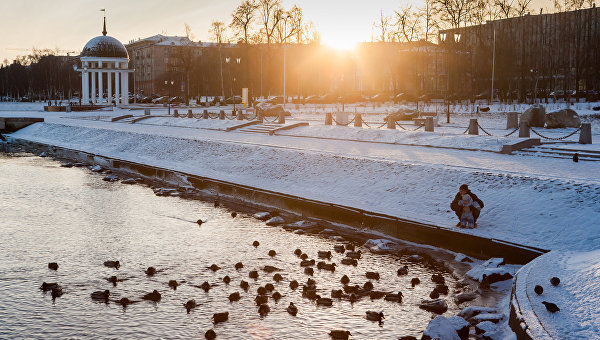 MOSCOW, 27 Jan. The election Commission in Petrozavodsk refused to register the initiative group of citizens proposing to hold a referendum on Recalling the deputies of the city Council, which previously sacked the former head of the city Galina Shirshina.

“The Commission’s decision from yesterday’s number of the initiative group denied registration by the local referendum. The reason – discrepancy of documents to requirements of the law”, — said the Chairman of territorial electoral Commission №1 Petrozavodsk Gregory Patrik.

He explained that on Wednesday afternoon the applicants get ready for the Commission’s decision. They have the right to appeal.

As previously said, one of the initiators of the referendum Vitaly Fleganov, the reason for this initiative was the resignation of the city Council of the heads of Petrozavodsk Galina Chisinau.

Shirshina was elected to the post of head of Petrozavodsk in 2013. On elections it was supported by the Yabloko party after the nomination of Emilia Kabanovoy (December 2015 – Chairman of party “the Apple”) was charged by the court.

The Petrozavodsk city Council of deputies on 25 December 2015, voted for resignation of Chisinau as head of the city. They are motivated by the fact that Shirshina not performed their duties. Shirshina itself considers unjust claims and contested the decision in court. The Petrozavodsk city court on 21 January rejected her in satisfaction of the claim about recognition of dismissal illegal. Shirshina already announced his intention to appeal the decision in higher instance.