MOSCOW, January 27. Moscow region authorities are creating a system for automatic detection of abandoned property, additionally, you will receive the service messages about such objects. This was reported to journalists the General Director of the Moscow regional Bureau of technical inventory Vladislav Murashov.

“We have a big project “Regional geographic information system”. This cloud of data, which, at the same time putting the aerial photography and information from the cadastral chamber, Federal registration service and the tax Inspectorate, we automatically identify all abandoned objects and a property for which do not pay taxes,” he said. 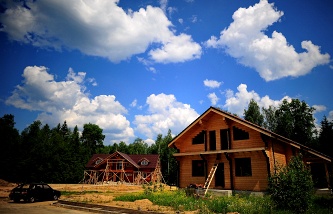 In the suburbs revenues property tax in 2015 will increase to 5 billion rubles.

Murashov has added that at present the accounting system of spatial data is under development.

In addition, after about a month on the portal “Dobrodel” there will be a service through which everyone can leave information about the abandoned property and unformed in the property of the estate, concluded Murashov.

Previously Deputy Chairman of Moscow regional Duma Nikita Chaplin said that Moscow region authorities will conduct an inventory of abandoned houses in the region, including homes on garden plots and individual housing.