Former Russian Finance Minister Alexei Kudrin said in an interview that the behavior of the ruble will be unpredictable, and the government will have to resort to budget cuts. 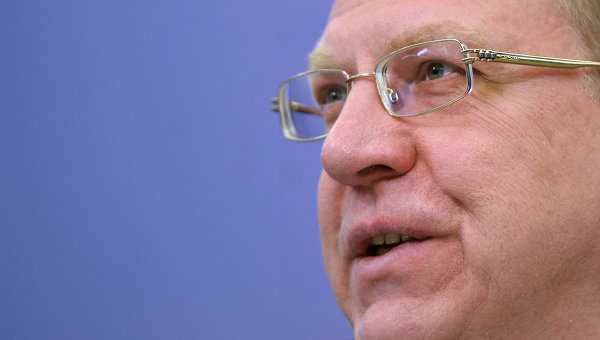 MOSCOW, 27 Jan. Elena Kudryavtseva. The Russian economy in the next two years will have to survive hard times: oil prices will remain low, Western sanctions, most likely, will not be cancelled completely, and the behavior of the ruble will be difficult to predict. In these circumstances, the government will have to resort to budget cuts, to start spending reserve funds and even to consider raising taxes, said the ex-Minister of Finance of the Russian Federation, the head of Committee of civil initiatives Alexei Kudrin.

But all these measures will help to adapt the economy to new conditions, if the authorities fail to undertake structural reforms, Kudrin said in an interview.

Ex-Finance Minister who lost his post after criticism of the budget policy of Dmitry Medvedev, who as President of the Russian Federation, announced the increase of military expenditure of the country, did not exclude that during budget cuts in 2016, which has already announced the government will not be able to avoid the reduction in defense and social spending.

“Many of the articles will be affected, most likely, has nothing to do with education, health, but not to raise social spending and defense. But this, of course, everything should be done very carefully”, — said Kudrin. However, the government has already said that social liabilities of the budget should be fulfilled.

Kudrin considers it inappropriate to predict the exchange rate high volatility of oil prices. It is theoretically possible, in his view that the oil price will be close to the values 13 and 14 dollars per barrel, but then the trend will change.

“I don’t want to predict the course because the course has already, in my opinion, greatly subsided. And it is not only linked to the price of oil, possibly with some expectations. Today there is no single factor that is determinative in this situation. So I don’t think that someone controls or may affect the price,” — said Kudrin.

In this regard a further fall in oil prices is possible, but not inevitable. “And because in 1998 we had a price of 8-9 dollars short term, at current prices it is 13-14 dollars, that is, it may well in the market to be. Obviously, this price is undervalued, and then it will rebound, but it is theoretically possible,” he said.

In these circumstances, the ex-Minister advises Russians to keep their savings, by buying Federal bonds, which intends to release the Ministry of Finance. It will be a reliable tool with favorable rates, said Kudrin.

“Yeah, why not. This will be quite favorable rates, this is a very reliable tool,” he said.

In September last year, the Finance Ministry said that considering the issue of special debt instrument for the population. New government bonds to citizens should be similar to Bank deposits, with the possibility of early repayment, the timing of OFZ bonds for individuals will be from three to five years, said last week, the head of the debt Department of the Ministry Konstantin vyshkovsky.

Kudrin believes that today the Russian economy will not recovery plans and structural reforms, which will require from one to three years.

The Russian authorities are now working on anti-crisis plan in 2016, which will support a number of industries, including, automotive, light industry, construction, transport engineering and agriculture.

“We should proceed from the understanding of the nature of events and their long term. In this regard, there is an understanding that the main problems of the Russian economy are structural problems, which include high dependence on oil” — believes Kudrin.

He acknowledged that the dependence of the budget on hydrocarbon exports decreased, and thus should be changed and the structure of the economy. “To lift growth in the future, we need measures for a more systematic, strategic, which are impossible to perform within one or two years. Therefore, strictly speaking, we need structural reforms. It takes from one to three years for some action to spend,” he said.

According to Kudrin, the need for structural reforms is long overdue, but the authorities are delaying their implementation for a number of reasons, including from-for unwillingness to undertake unpopular steps. “I think elections is the main reason why they postpone. Secondly, they are not very much developed yet, the government have not even given directions to prepare it. Also, maybe it’s some pre-election concerns”, — said the head of the OIG.

Political concerns regarding the pension reform are exaggerated, believes Kudrin. “It is only unpopular to people who in the next 5-10 years are going to retire. In the rest of it does not affect pensioners, young people are not interested in this subject, they are not thinking about retirement today. So, I think this worry is exaggerated, although the number of people that may be concerned about, is significant,” he added.

The anti-crisis plan, according to Kudrin also needed, but it needs to be aimed at promoting the modernization of enterprises.

“Any steps the industry should not maintain the demand to act, and for modernization, the transition to a new performance. And the social part is helping those who suffered most. For example, in the case when the company gets into a difficult debt situation – measures that give them time for “modular” loans. To recreate the impossible demand, to help restructure former obligations, debts, help the needy, the unemployed”, — said Kudrin.

Amid Western economic sanctions, historically low oil prices and a weakening ruble, international rating agencies had every reason to assign to Russia a speculative rating, said Kudrin. In his view, the revision of the rating upward can be expected only after the authorities will find a way to reduce the budget deficit below 2% of GDP in the new conditions of low oil prices, as well as following the easing of sanctions.

Russia last year lost the investment positions of two of the three international agencies — Moody’s and S&P, which allowed the authorities to question the competence of drawing up a “big three” ratings. Currently Fitch keeps credit rating in investment grade, while Moody’s has changed the Outlook to stable at the end of last year.

“This is absolutely a non-political decision, this is a purely economic decision,” he said.

The trigger for the downgrade, according to former Finance Minister, was the deterioration of the Russian economy due to falling oil prices and sanctions. “I think when the government balances its commitments, sanctions will be eased, I think we go back to the investment rating. I attributed this to the sanctions”, — said Kudrin, who is scheduled to start easing sanctions by the West at the end of this — early next year.

Ex-Finance Minister, at the initiative of which was created the stabilisation Fund, and which has always advocated the preservation of “jugs”, this time changed his position. Sale of oil state companies and banks would be more profitable to spend this year, as it wants to make the government to increase the budget, but later and on better terms — this year to cover the budget deficit, the Finance Minister said it would be wiser to use money from the Reserve Fund.

That the government should think about the largest privatization of state assets, among which “Rosneft”, “Sovcomflot” and “Aeroflot” in the falling budget at the end of last year, stated Finance Minister Anton Siluanov. In the beginning of the year and it was supported by the Minister of economic development Alexei Ulyukayev, who advised the government to discuss privatization of state-owned banks — Sberbank and VTB.

“When it comes to oil, primarily companies, I would have postponed for one year and a half. Because when you save the drop in GDP the cost of these companies is very low”, — Kudrin said.

“I think in this case it would be better to use the Reserve Fund and after a year and a half to get substantially more for these assets. The advantages to Finance this operation if it is to defer, would have been much higher in my opinion. Banks comes to the same thing, now that the peak of the crisis, the cost of Bank capital is very low”, — Kudrin said.

A final decision on the list of assets for privatization, the government has not yet adopted, but to spoil the plans of selling part of them sanctions the US and EU.

While Kudrin is sure that if the government will be careful to spend funds, and by 2018 they will not be consumed. It would be advisable not to invest reinvestirovanie part of the national welfare Fund in infrastructure projects, and attach it to the Reserve Fund, so the government will be able to solve the budget problems without raising taxes.

In 2013 on the back of high oil prices, the government decided to invest up to 60% of the national wealth Fund in infrastructure projects, however, this “quota” was not used in full.

The main risks for the Russian companies this year, Kudrin called the decline in demand at high cost and difficulties with crediting. Bankruptcy in the corporate sector may continue in the current and next year, he said.

“Bankruptcies will continue, it will be even in this and next year to continue due to the fact that the economy was in a difficult position and quick this will not improve. Internal resources are sometimes limited, they have falling demand for a whole range of products, they remain losses that someone has to cover, they are debts that they cannot repay. So partially this might happen,” he suggested. In 2015, the short-sighted credit policy led to the process of the bankruptcy of the second largest airline in Russia, Transaero, now the company has implemented a court monitoring procedure.

Reduced demand for goods and services of Russian companies will continue this year, Kudrin warned. “Accordingly to survive will be those who will be more effective in this market. That is, the cake will shrink and will go to those who are most effective, who can lower cost, higher quality work,” he said.

Additional opportunities for import substitution creates and the devaluation of the ruble, but companies must be very careful and prudent in its investment and credit policy, Kudrin said.

In his opinion, the government should boldly reduce the number of expenditures that will subsequently lead to less higher taxes or increased national debt. “That is all that makes the government — must come from reduced costs for business, in any case do not introduce new charges, such as we see on vehicles, new taxes on small business. That would be important now,” concluded the ex-Minister of Finance.