RIGA, January 27. /Corr. Evgeniy Antonov/. Latvia after the liberalization of its gas market will continue to be ready to buy Russian gas. About it in interview to the correspondent of TASS said the Minister of economy of Latvia Dana Reizniece – Ozola.

“As I have said many times, the gas molecules do not have a nationality. We are ready to buy Russian gas, if it will be cheaper than other. The opportunity to buy it from other suppliers motivates Latvijas Gāze (Latvian gas company) and Gazprom to provide us the best price,” she said. 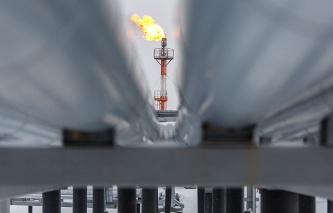 Zubkov: Gazprom in 2016 could supply Europe with 160 billion cubic meters of gas

The liberalization of the market in 2017, from the point of view of the Minister, reduce the cost of gas and increase security of supply. “On the one hand, we want to reduce the price you spend our households and businesses, to improve the security and reliability of supply. Now we are completely dependent on one supplier. But it’s always better if you can’t stand on one leg and on two,” – said Reizniece-Ozola.

In her opinion, the example of Lithuania shows that these calculations are justified. “The Klaipeda LNG terminal (launched in December 2014 – approx.) they (Lithuania) were paid to Gazprom for supplied gas to 20% more than we do. And after the start of the terminal immediately began to pay 20% less for us,” believes Dana Reizniece-Ozola.

In September last year the Cabinet of Ministers of Latvia approved the decision on liberalization of the gas market of Latvia and the responsibility of the company Latvijas Gāze 3 April 2017 on two legally independent companies – the operator of transmission systems and gas storage facilities and operator of distribution systems and natural gas trade. Finally the relevant bill, the Parliament (Saeima) must approve the third reading in the coming weeks.

Currently Latvijas Gāze is the only Latvian company that provides procurement, storage, distribution and trade of natural gas. The biggest shareholder of LH is the German company E. ON (47.2% of shares). Another 34% of shares owned by Gazprom, 16% – “ITERA Latvija”.

Created a strategic investor in the reform of the Latvian gas market operator, transmission systems and gas storage should become the government, said the Minister of economy of Latvia Dana Reizniece-Ozola.

“My personal opinion is that these shares (the created operator – approx. ed) should buy a state and become a strategic investor. Because the government, for its part, may be the most fair partner for any trader who want to work in the Latvian market. But in General, any other investor who is not affiliated with “Gazprom” will fit”, she said.

In this regard, Reizniece-Ozola has not excluded that to participate in the implementation of the project and the Russian company.

“Theoretically, this is possible if it passes the checks by the European Commission, our services and the governments that show that this company is not connected with “Gazprom”, – said the Agency interlocutor.

Gazprom will not be able to participate in this project because of the conditions of the third energy package of the EU, which suggests that one and the same company cannot simultaneously be the owner of the pipeline, and the gas seller.

As accepted earlier by the government of Latvia decision by Latvian gas company “Latvijas gāze” to 3 April 2017 should be split into two legally independent companies – the operator of transmission systems and gas storage facilities and operator of distribution systems and natural gas trade.

Until 31 December 2017 the transmission system operator and gas storage should have a new owner. The respective law, the Parliament intends to adopt in the third reading in the coming weeks.