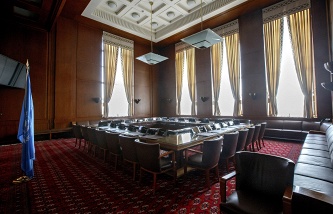 “During the meeting the Ministers discussed topical aspects of the preparation of negotiations between representatives of the government of the Syrian Arab Republic and the opposition under the auspices of the United Nations in accordance with resolution 2254 of the UN security Council, scheduled for 29 January in Geneva”, – informed in depodesta.

This is the second in the last 2 days conversation of Ministers. As reported earlier, the official representative of the government of France, stéphane Le Foll, Fabius consulted with Lavrov on the subject of inter-Syrian negotiations the day before.

January 26 at a press conference at the end of the year, the head of the Russian foreign Ministry noted that no preliminary conditions to start an inter-Syrian negotiations should not be, as “humanitarian aspects must be one of the Central”.

Lavrov also stressed that the inter-Syrian negotiations should collect the widest possible range of participants, including Syrian Kurds, constituting 15% of Syria’s population. “We hear in recent times, doubt individual, I would say, one member of the International support group in Syria, to invite Syrian Kurds, namely the party of Democratic Union. I believe that without this party, without this party, the negotiations can not bring the result we want, namely, the final political settlement in Syria,” – said the Russian Minister.