MOSCOW, January 27. Minister of education and science of the Russian Federation Dmitry Livanov believes that the intention of the lawmakers to send his resignation is primarily due to the campaign. 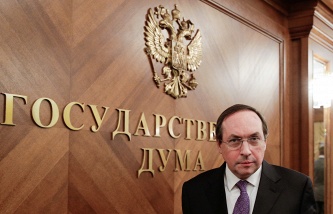 “I attributed this to the worsening of some diseases that are caused by pre – election situation,” he told reporters after speaking at a “Government hour” in the state Duma.

The Minister said that under his control the Department is “actively working” with all factions of the state Duma. “The deputies are a large number of our peer councils,” he said, noting that the only exception is the faction “Fair Russia”. “There is simply no professionals who understand the education system who were interested in its development”, – said the Minister.

Deputies of the state Duma in frameworks “the Governmental hour” has heard the Minister of education of Russia Dmitry Livanov. The Minister presented his vision of the present and future of the education system.

The state Duma refused to include in the agenda of today’s plenary session the issue of his resignation. This initiative was made by the deputies of the faction “Fair Russia”. The leader of just Russia Sergei Mironov said that his faction believes the work of the Minister unsatisfactory and accused Livanov in the “collapse” of the education system.

The Minister’s report had been criticized. Thus, the head of the Duma Committee on education Vyacheslav Nikonov (United Russia) noted that there is no “strategy”. “Just like last year, the report recalls the amount of reports of individual departments of the Ministry, and not a strategic document of the government”, – said the MP, speaking after the report Livanov.