Senators should focus on working with projects on “zero”, first and second readings in the state Duma to prevent the enactment of laws, not supported by the normative acts, was declared by the speaker of the upper house of Parliament. 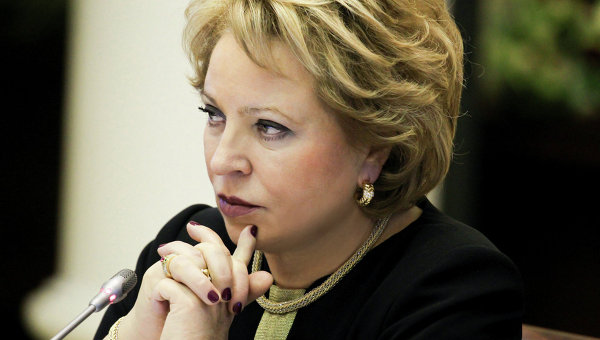 MOSCOW, 27 APR –. The scenarios in the year of elections in the state Duma is the guarantor of political stability in the country, said the Federation Council speaker Valentina Matvienko at the opening of spring session of chamber on Wednesday.

“This year we are entering a new large-scale electoral cycle. In this crucial period, the Federation Council as a permanent chamber of the Russian Parliament plays a special role. The role of guarantor of political stability in the country”, — said the speaker.

She urged the senators to focus on working with the bills primarily on “zero”, first and second readings in the State Duma, in the activities of the committees of the Federation Council.

“We cannot accept the adoption of the “idling” laws are not backed by legislation. Very dangerous in this pre-election period to succumb to populism and make the laws that would have destabilized the financial and economic situation in the country. We don’t allow this to happen,” said Matvienko.