Incentives tax returns for depleted oil fields under the anti-crisis plan will give the opportunity to develop the Deposit with a cost-effective investment and will help maintain a stable tax regime for the oil industry. 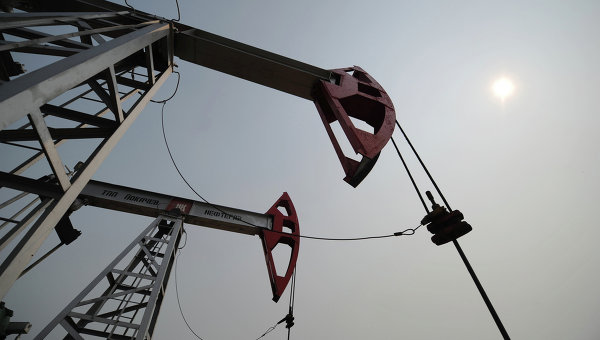 MOSCOW, 27 Jan. The Ministry of economic development did not incorporate the suggestions from the energy Ministry on tax reform in the oil industry in the draft anti-crisis plan of the government, instead, oil companies will be given the opportunity to buy tax incentives for deposits, writes in Wednesday “Kommersant”.

So, according to the publication, the draft anti-crisis plan presented for approval to the Prime Minister Dmitry Medvedev, includes the promotion of tax returns for depleted oil fields through the sale of concessions. This, as indicated in the document referenced by the newspaper, “will provide an opportunity to develop fields with a cost-effective investment and will help maintain a stable tax regime in the oil industry”.

The idea that oil companies will have the opportunity to buy the government’s preferential treatment for deposits, which are now no tax incentives: the budget will receive the money immediately, and companies can get additional benefits in the long term, the newspaper said. But sources in the oil companies reacted to the proposal without enthusiasm: high volatility in oil prices and the ruble exchange rate makes the purchase of benefits too risky.

At the same time, the draft anti-crisis plan have not included the proposals of the Ministry of energy about tax reform in the industry through the introduction of a tax on the additional income. In the Ministry of energy explained to the newspaper that the final version of the plan will be approved by the government following consideration of all proposals received from departments.

The absence in terms of clause NDM was expected, the newspaper notes. The question of the introduction of such a tax for several years a matter of controversy between the Ministry and the Finance Ministry, which believes that the introduction of the new tax will lead to a drop in budgetary revenues from the sector. By December 2015, several ministries came together and made that the new mechanism of taxation, which will replace the severance tax and, possibly, the export duty will be tested in 2017, the newspaper said.